Have you ever got so frustrated at certain satellite provider for playing the same shows over and over and yet every year the monthly subscriptions just get higher and higher? Well now that we have smart TV’s and media streamers, you get to choose what to watch when you want on demand.

For years multi-choice have had the monopoly over all of us watching those addict-able American shows that you can not get enough of and then there are some shows you’ve watched over 100 times just because there is nothing else nice playing. I don’t know how many times I have watched the Fresh Prince of Bel Air but this show is still playing on dish today. I myself was a loyal client of multi-choice for years until the day my aunt came back from America with a thingamajig that blew my head right off. A media streaming device called Roku.

Nowadays we all need internet because everything works with it. I am talking about almost everything, your computers, your phones, your watches and now even your smart televisions; I even saw a fridge and toaster that had smart capabilities. People basically live on the internet and I think streaming is about to conquer normal television and satellite cable. That’s because streaming does not actually have limitations to what you want to watch and all you need is the internet.

In this blog, I am going to compare all these chair gluing technologies just to try and give our people the break down of what they can do and also ways to save money and be ahead of current satellite providers. Let’s start our comparison.

A “smart” TV is simply television that has built-in apps that work with internet. They often have web browsers, games, and other time consumers. A media streamer aka set-top boxes is solely for the purpose of streaming content from the internet to your TV e.g. Apple TV, Android TV, Roku, new Cell C Black etc. And the media streamers work with any TV that supports the source function. So basically smart TV features and media streamers do kind of the same thing and that is to stream content, but how does it vary from one another is another thing. Here is the breakdown.

Everything has Netflix today because it can be accessed from anything that has internet. But not everything has the ability to buy or rent the current TV shows and movies. Plus it is actually hard to compare all TVs against all media streamers because there are so many today with a wide variety of functions and they just keep innovating more and more by the day.

I am telling you these small gadgets are popping up like new phone models, “poof” there’s new one. The better streamers, like the Roku and Apple TV, are fast and very easy to use and you can get to what you want quickly and simply.

They both have a lot of free channels that you can add like you want to but there are some that you will pay a monthly subscription also eg. Netflix which is a movie streaming app that will cost you about +/- R100 a month and you can get your first month free if you join but if you feel that Netflix is not for you, you can cancel anytime you feel like by just a click of a button.

The Roku that I was introduced to was simply just a USB look alike stick plugged into the back HDMI of the TV which I just had to change the source of the TV to the HDMI port and I was watching Youtube videos and all kinds of free US channels all day with the just the Roku remote at hand. Android TV, on the other hand, makes your TV feel like a phone where you can actually go to the play store and download apps and go mad, playing your favourite games and watching your favourite shows.

Your world of entertainment with over 800 000 apps and it is still growing. Cell C just launch its new streaming Black App that gives you video on demand platform where you can watch anything anywhere plus if you go Cell C fiber, you will get a Black set-up box for free, now that’s cool as this set-top box goes for +/- R1500.

Black also just signed a partnership with one of my best television network stations, Fox which offers a lot of popular television shows that I enjoy like Empire, The Gifted, Modern family and my best ever The Walking Dead. Smart TVs have browsers where you can browse the internet, go on Facebook, Skype and also make use of the built-in apps to watch your favourite shows, they even have such great antennas that it picks ups all the new free HD satellite channels in SA namely the OVHD channels and more. And some TVs have decent menus for their streaming content but most don't. Some are often slow but you do get some good ones too.

Basically, with Smart technologies, most of it is plug and play and you don’t need to get someone to come and do your installation for you. Well, then you can stream shows, movies, and documentaries directly on your TV in high definition. Deliver the web in high definition that the whole family can enjoy. And stay connected to all your social media networks. Also, learn how to do stuff on the web which is pretty good if you don’t want the kids playing with your computer and enjoy the funnies also.

So what actually makes this better than having satellite tv is the fact that you can save money which we all would like to do because times are getting tougher in South Africa.

With Smart TVs and media streamers you need internet, we all need internet today. So why not get a nice affordable uncapped deal with the many options available today.

There are many ISP’s to choose from. So when you connected you can just get yourself a nice Wi-Fi router so that all your devices in the house are connected and then enjoy the streaming of everything that satellite provider shows and also be ahead of it. DSTV monthly subscription is now +/- R800 that will roughly end up costing you about +/- R9600 a year and it will increase every year, this is on the Premium package because the other packages are really not worth the money I think.

Getting you a streamer or a smart TV is a once off payment. Streamers range from R400 up to R3500 for best ones. Smart TVs, on the other hand, depends on how deep your pocket can go and also if you want a flashy big TV or just a normal small one. The only subscription with this that you will be paying is for your uncapped internet; like for my eg. Mweb could cost you +-R7200 a year and already would have saved you money if you came from DSTV plus the savings on all the data usage on your mobiles on your network. So that money can now be used for other things in the house.

So in closing, I would say that the satellite providers needs to change it's strategy to compete and it will still be in South Africa today rated as the best satellite TV option but if you opt to go streaming between Smart TVs and media streamers,media streamers is the clear winner.

Kidney for a Apple!

What's the hype with IoT?

The new WiFi Protocol and why YOU should be excited! 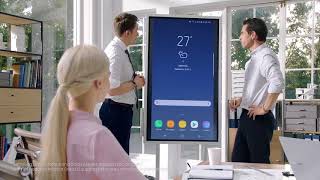 FACE++ can become our own Eagle Eye 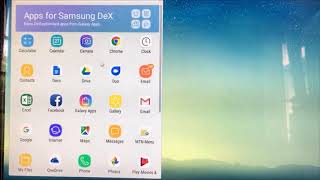 A PC in your pocket?